As regular readers of this blog know, it bugs me when writers get things wrong or can’t be bothered to justify their facts. Recently I’ve been seeing a lot of references to the “10,000 hour rule” – the idea that you need to spend 10,000 hours on an activity to be successful at it.  I knew that this idea was popularized by writer Malcolm Gladwell in his book Outliers, but I didn’t know where he got the idea from or what it was based on.

So imagine my surprise when I Googled “10,000 hour rule” and found this very recent letter by K. Anders Ericsson, the lead author of the study that Gladwell cites as “Exhibit A”  in support of the “rule”. Not only does Ericsson say that Gladwell “invented” the 10,000 hour rule, but he also describes Gladwell  as making a “provocative generalization to a magical number”.

Naturally, this piqued my interest. So I got Outliers from my local public library, and read Chapter 2, “The 10,000-Hour Rule”, to see how Gladwell explained 10,000 hours as the key to success.

Gladwell starts the chapter with the story of computer programmer Bill Joy, who cofounded Sun Microsystems. He then discusses Ericsson’s study, and points out that even prodigies such as Mozart had to put in a lot of developmental work to become exceptional. He says that “to become a chess grandmaster also seems to take about ten years” and follows that with “Ten thousand hours is the magic number of greatness” (both on p. 41). After some discussion of the development of the hockey players profiled in the previous chapter, and telling more of Bill Joy’s story, he then discusses the development of the Beatles – who logged extensive hours of live shows in Hamburg, Germany, prior to becoming famous – and of Microsoft co-founder Bill Gates, who, through school and family connections, was able to get much more practice time on computers than the average teenager in the late 1960s. Gladwell then concludes the chapter by listing the 75 richest people in history, and notes that 14 of them were born in the US in the middle of the 19th century, along with the fact that many of the people who got really rich from microcomputers were born in 1955.

So what information in the chapter supports the “10,000 hour” assertion? Well, it’s not the list of rich people.  In addition to the 14 people Gladwell focuses on, there are 16 people on the same list who got their wealth from having a title, getting an inheritance, or owning part of a family-controlled company –  which suggests that not everyone who is successful gets there by logging 10,000 hours of effort. The story of the Beatles doesn’t really have any links to the 10,000-hour number, other than that the Beatles got a lot of live performing experience early in their career – but one could wonder why, if the Beatles’ Hamburg shows were central to their success, the many other British bands who played similar residencies were also not hugely successful. Bill Gates and Bill Joy both had “special opportunities” due to when they were born, and also put in “extraordinary effort”, but the 10,000-hour figure isn’t linked to either of their accomplishments  – Gladwell even says that by his late teens Gates had “way past ten thousand hours” of experience in programming (p. 53).

The 10,000-hour figure seems to be based on two cited sources:  the study Ericsson co-authored, and a study of chess players which is cited (on p. 289) as discussing Bobby Fischer as an “exception to the rule”. The second study is in a book chapter that’s not available online, but  this later study by some of the same authors builds on the results of the study that Gladwell cites. Since one of Gladwell’s other interviewees in Outliers says “I always feel that the closer you get to the original sources, the better off you are” (p. 113), let’s look at the original sources to see what these studies actually found. 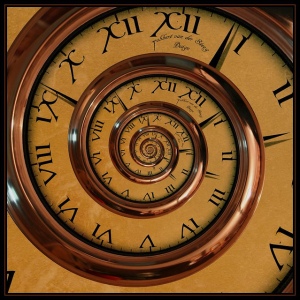 Want to be successful? Then stop staring at this picture and start racking up those hours! (Credit: Robbert van der Steeg via flickr.com, Creative Commons)

The study by Ericsson and his co-authors looked at two groups of musicians – violinists and piano players – and how practice contributed to their level of achievement. Ericsson, in the letter I linked to earlier, says: “10,000 hours was the average of the best group; indeed, most of the best musicians had accumulated substantially fewer hours of practice at age 20”. Figures 9 and 12 in the paper demonstrate this; by age 18, the best violinists and the best pianists had accumulated an average of 7,410 hours and 7,606 hours of practice time respectively.

But there’s another important component of the study’s findings that Gladwell skims over, despite it being prominently featured in the article’s title: the type of hours spent on the activity. Ericsson and his co-authors looked at three kinds of participation:

For both the pianists and the violinists, the amount of deliberate practice, in comparison to the amount of other types of participation in the activity, and the “optimal distribution of deliberate practice….to avoid exhaustion and burnout” (p. 400) had the strongest effects on reaching an elite level of performance. In other words, it wasn’t the accumulated number of hours that determined success, but the types of activities those hours were devoted to, and how these were allocated across time and balanced with other uses of time such as leisure and sleep.

The 10,000 hour figure is mentioned in the study in the authors’ reference to how they “examine[d] the effects of over 10,000 [hours] of deliberate practice extended over more than a decade” (p. 393-394). But they did not find that 10,000 hours was the “magic number of greatness” that Gladwell claims. They found that it was quality of time, rather than quantity, that made the most difference in levels of achievement, and that the high performers accumulated approximately 8,000 – not 10,000 – hours of practice.

The second study emphasized the importance of  “serious study” in the development of elite chess players, as compared to time spent playing in tournaments and time spent with coaches. The study cited by Gladwell looked at “a single, moderately sized sample of players” (p. 153). The study I’ve linked to above collected information from two samples: a group of 239 players with a range of skill levels, and a group of 180 players rated at or above a specific advanced level of chess expertise. The study looked at the amount of time the members of each group spent on six chess-related activities. In both groups,”cumulative hours of serious study alone…was the single most important predictor of a player’s current chess rating” (p. 161).

However, “the amount of deliberate practice time needed to become a top-level (i.e. grandmaster) player is on the order of 5000 hours” (p. 162). The authors also note that self-estimates of practice time tend to be inflated, so the actual hours of practice may be even lower than what the players reported. The players in both studies spent time in other chess-related activities as well as in “serious study” – but nothing totalling or approximating 10,000 hours of any kind of effort is reported in the study.

Both studies speculate that a ten-year time frame is needed for the development of elite performance, and that the age at which participation starts is also important (younger is better). Gladwell refers to both of these factors in passing – but neither study proves, as Gladwell states, that “ten thousand hours is the magic number of greatness”. And as far as I can tell, neither does anything else he mentions in this chapter.

If you Google “10,000-hour rule” like I did, you can find some other very thoughtful discussions of why this rule isn’t a rule, and why 10,000 hours of activity in and of itself is not a recipe for success. Gladwell states in this article that his work “is not going to be as rigorous and as carefully argued and complete as an academic work, because [it’s] popular non-fiction” (p. 398). But that doesn’t justify inferring something from your source material that isn’t there, or declaring something as a “rule” or a “magic number” without some substantive support for it.

And, sadly, by Googling “10,000-hour rule” you can also find lots of other sources blindly repeating the 10,000-hour number and exhorting people to get cracking and start logging those hours. That’s a shame for researchers such as Ericsson, who is clearly frustrated with inaccurate descriptions of his work – and it’s also a shame for people who want to get better at something they do, but are being misled about the most productive way to achieve that. No one is well served by this kind of misinformation.

UPDATE: Psychologist Donald Hambrick and his colleagues have conducted a meta-analysis on the published research on deliberate practice and skill acquisition (here‘s an explanation of how a meta-analysis works), and they suggest that there may also be a genetic component to talent development. Thanks to Release for bringing this article to my attention.