Around this time last year,  Thomas Frank put forward some very pointed and accurate criticisms of the popular literature about creativity – namely, that these books and articles discussed the same examples over and over again – and wondered how much this literature could really enlighten us about creativity when it was so un-creative itself.

Now an article in Pacific Standard magazine has similarly critical things to say about another frequently discussed aspect of creativity – the “creative routine”. This, we are told, is essential to an artist being able to produce great work. In “The Myth of the Artist’s Creative Routine”, writer Casey N. Cep takes some well-deserved potshots at the assumption that anyone can generate creativity and inspiration by following the working habits of successful artists. In Cep’s words,

It is not only the routine of any of these artists that made them successful. Not many of them even follow the routines they offer. Their creative lives are all more complicated, more disordered than the bullet points or time stamps they detail in one-off interviews….The idea that any one of these habits can be isolated from the entirety of the writer’s life and made into a template for the rest of us is nonsense.

She also points out the often-overlooked reality that the context of the artist’s creative routine is not always positive. Some successful artists were able to follow their chosen creative routine only because a spouse or domestic help was doing the work of running their household, or was willing to tolerate their self-centered behaviour. Others chose creative routines that included substance abuse, which may have worked for them (at least for a while) but had hurtful or dangerous effects on others. 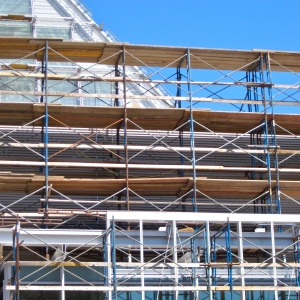 A famous person might use a creative routine to build something, but the same routine won’t produce the same result for everyone else. (credit: own photo)

My sense from reading Cey’s article is that the literature on creativity suffers from some of the same problems as business books – the breathless recounting of how great people did certain things, with the implication that you can be as successful as those people if you do what they did. It also seems to suffer from the same sort of oversimplification. Creating something, especially something worthwhile and meaningful, is a complex process; it can’t be boiled down to a few easy-to-digest suggestions. (And, as Cey points out, some of these suggestions, like removing distractions from your working space, are pretty obvious ones.)

Personally, I can’t say that I have an identifiable creative routine. When the muse visits, it visits – and hopefully when it does  I have a piece of paper and a pen to write down the idea.  I know some people who say they would not be creative at all without a routine like the “morning pages” that Julia Cameron promotes in her book The Artist’s Way. In theory, I like the idea of writing three full pages in the morning – but I am not a morning person, and my most creative morning activity is planning how to get out of the house as quickly as possible.  So while I appreciate that a regular creative activity like the morning pages can work for some people, for me the regularity would end up being more oppressive than productive.

If anything has helped me be productively creative, it’s my work experience as a journalist. In journalism, you write to deadlines – and they aren’t negotiable. Your employer doesn’t care if you don’t feel particularly creative that day. You have to write something, and you have to get it done on time. Learning to work creatively in that setting helped me get over a lot of the preciousness about the creative process. It’s not about wearing a particular colour, or positioning your desk a certain way, or snacking on a particular food  – and it’s not about  copying what some famous person does to produce their creative work. It’s about getting started and getting the work done. And focusing on that can get you over a lot of creative hurdles.