This past week marked the first anniversary of the Boston Marathon bombings. And it’s also nearly a year since I was in Boston, just after the bombings, in a bright sunny springtime. 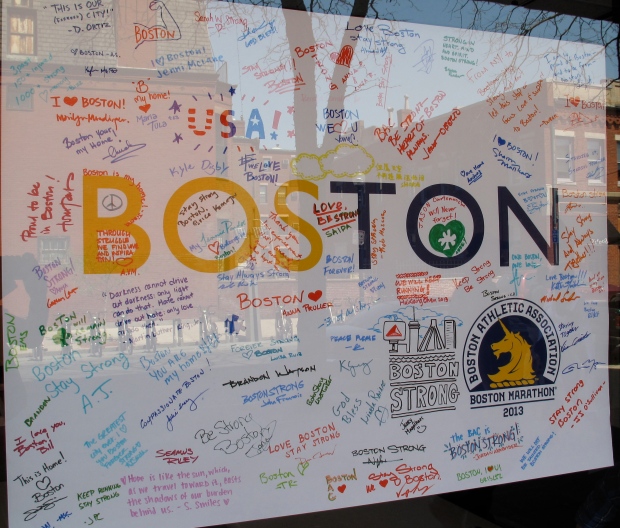 One of the many posters and signs expressing support for Boston after the bombings – this one at the Boston Architectural College on Newbury Street, May 2013.

This coming Monday is the first Boston Marathon after the bombings. Some of the runners who were prevented from finishing the marathon last year will be running the race again; I will be thinking of them, and of all the other people for whom this will be such a meaningful day. And I hope that it is a healing day – a day for Boston to be the strong and beautiful city that it is. 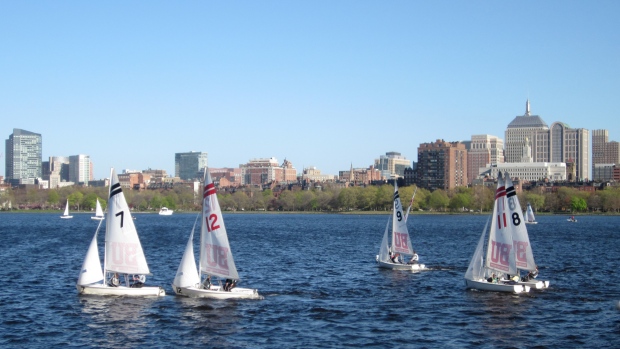 The Boston University sailing club practicing on the Charles River, May 2013.