The BC Labour Relations Board case about whether teachers withdrawing their volunteer work constitutes strike action got me thinking about organizational citizenship – a concept that doesn’t get much attention outside academic research, but which explains a lot about the impact of behaviour on workplaces. END_OF_DOCUMENT_TOKEN_TO_BE_REPLACED

Today, the Canadian federal government introduced back-to-work legislation to end the strike at Canadian Pacific Railways. As my colleague David Doorey has so eloquently described over at his blog, this fourth piece of federal back-to-work legislation represents a very disturbing pattern of intervention. Critics from both union and management positions have said that these acts hamper the effectiveness of collective bargaining, not only in the immediate situations, but also in long-term bargaining relationships, where the parties will either be unwilling or unable to reach agreement on their own.

I’ll also point out that the government has done an extremely poor job of justifying the economic rationale for stepping in to end these disputes. END_OF_DOCUMENT_TOKEN_TO_BE_REPLACED

In my work world right around now, the regular academic year winds up and the rush toward convocation begins. And it’s also the start of conference season. The hard work of getting to conferences started long ago – early January is usually the deadline for submitting papers to summertime conferences. But now it’s time to agonize over your Powerpoints, jump on the plane, and stand up in front of your peers and talk about your research. END_OF_DOCUMENT_TOKEN_TO_BE_REPLACED

My father is a tugboat captain, as was my grandfather, and I grew up with a great deal of respect for maritime safety. I also understood how important it is for help to arrive quickly if you get into trouble on the water. So I was astounded, to put it mildly, when Canada’s federal government announced the closing of the Kitsilano coast guard station in Vancouver in September. END_OF_DOCUMENT_TOKEN_TO_BE_REPLACED

The British Columbia Labour Relations Board is struggling this week to answer a deceptively simple question: what is work?

That question is part of the ongoing bargaining dispute between the BC Teachers’ Federation (BCTF) and BC’s provincial government (represented in this situation by the BC Public School Employers Association (BCPSEA)). END_OF_DOCUMENT_TOKEN_TO_BE_REPLACED 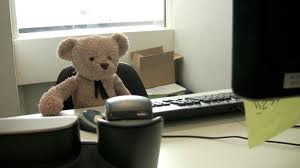 Unions are having a hard time in Canada right now.  Union density (the percentage of the workforce represented by a union) has stayed relatively constant in Canada over the past few years, but union membership numbers have shrunk dramatically in some parts of the workforce, because of job reductions in highly unionized parts of the private sector (e.g. manufacturing). And although anti-union attitudes in the United States have always been strong,  it isn’t unreasonable to think that anti-union sentiment in Canada is stronger now than it has been, shown by such anti-union actions as the proposed revisions to labour legislation in Saskatchewan, and the over-eagerness of the federal government to intervene in labour disputes when a strike might be involved. END_OF_DOCUMENT_TOKEN_TO_BE_REPLACED