At the end of April, Margaret Wente, a columnist for the Toronto-based Globe and Mail newspaper, was accused of plagiarism for the second time. Her column temporarily disappeared, and Globe editor David Walmsley stated that “[t]he Opinion team will be working with Peggy to ensure this cannot happen again”.

Wente’s column started showing up again on the Globe’s editorial pages in mid-May. If her June 11 column is an example of her rehabilitated writing, it looks like Wente might have learned not to plagiarize – but she continues to express opinions that don’t fit the facts.

The column in question pooh-poohs the idea of “quotas for women” to encourage more equitable gender representation in leadership positions. Wente states that “in business circles, it is now conventional to declare that companies with more women on their boards are more socially responsible and tally better financial results”. She then proceeds to attack that idea by citing this recent academic article by researcher Alice Eagly, presenting it as proof that a diverse board of directors does not improve a company’s financial performance or the board’s own effectiveness.

I’m not sure where Wente is finding these “business circles” that believe in diverse board membership. If it really is “conventional” to believe that having women directors is good for companies, why aren’t there more women on corporate boards? Wente’s own newspaper runs an annual survey of Canadian corporate boards of directors, which includes an analysis of the number of women on those boards. The Globe‘s most recent data show that in the industry sector with the most women on corporate boards (consumer staples), only 25% of board members are women. The overall percentage of women on boards of companies listed on the S&P/TSX composite index is 15%; 32% of those companies have no women board members. The “convention” that diverse board membership is an asset seems to have been missed by an awful lot of Canadian companies. 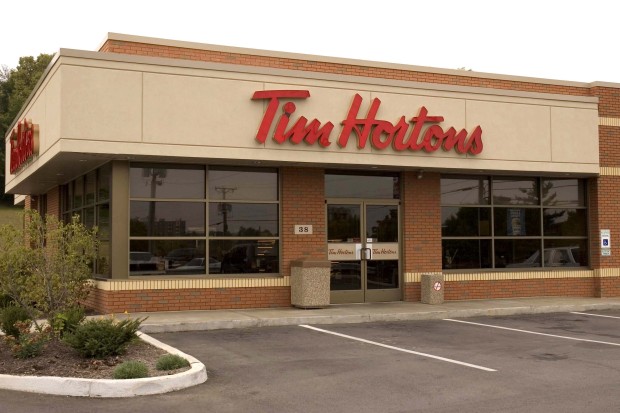 The Tim Hortons restaurant chain proudly advertises its Canadian origins and its “community leadership”. But there are no women on its parent company’s board of directors. (credit: cbj.ca)

Putting aside the fact that Wente ignores her own employer’s data and reporting, let’s look at the article she cites. First, Wente fails to acknowledge that a single article is rarely a reliable representation of the results of all research on a particular topic. This is especially important for the subject Wente is addressing, because there is a great deal of research on the topics of gender and leadership, diversity and corporate board effectiveness, and the impact of quotas on gender representation. It would be difficult, if not impossible, to accurately represent the outcomes of all of that research in a single summary.

Wente correctly states that Eagly’s research review indicates weak correlations, at best, between gender diversity and corporate performance, and Wente also notes Eagly’s caution to researchers about structuring their investigations as advocacy. But Wente then completely ignores the part of the article in which Eagly states:

[S]ocial justice considerations provide consistent arguments for more equitable representation of women and minorities in corporate and political decision making…To the extent that members of these groups lack access to these roles because of discrimination, equality of opportunity is violated. Moreover, when they have gained opportunities to influence organizational and social policy, they have not acted as clones of white men. Existing evidence thus suggests that women and minorities may shift corporate boards toward broader perspectives that take into account the welfare of employees, communities, and the environment. In legislative bodies, female and minority legislators would tend to direct more resources toward supporting families and vulnerable groups such as children, disadvantaged minorities, and poor people. Therefore, aside from ideological debates about whether such changes would produce a better society, equitable substantive representation of women and minorities would not only serve social justice but promote more compassionate and egalitarian social policy.

Eagly concludes the article with this paragraph:

Despite the striking lack of research support for the optimistic generalizations about these outcomes that have been widely shared among advocates, policy makers, and the general public, many social scientists with relevant expertise have remained silent. It is time for more social scientists to take stock of what diversity research has produced so far and join those who are addressing the complexities of diversity’s effects on group and organizational performance. It is also time for all stakeholders in diversity initiatives to focus on the violations of social justice inherent in the limited access of women and minorities to decision making in most political and corporate contexts.

So Wente presents Eagly’s article as proof that initiatives to support gender diversity are not necessary – when, in fact, the article says exactly the opposite. It states very clearly that there are compelling reasons, supported by research, to encourage better representation of women and minorities on corporate boards, in legislatures, and in decision-making positions.

Wente may now be more careful about citing her sources, but her interpretation of the information from those sources appears to be somewhat selective. Let’s see if that selectivity continues.