Malcolm Gladwell’s new book David and Goliath is on both the New York Times bestseller list and the Amazon bestseller list – and since I’m number 15 on its waiting list at my local public library, there’s clearly an eager audience waiting to read it. However, the book has received some less than positive reviews, even from admitted Gladwell admirers, and has also been the subject of some harsh criticism. The most widely read critiques are probably this article by dyslexia expert Mark Seidenberg, contending that there are significant factual errors in the book’s discussion of dyslexia, and this article by psychologist Christopher Chabris challenging some of the book’s reasoning and research. Chabris’ article generated this response from Gladwell himself, which was unfortunately more of a personal attack on Chabris (and his wife) rather than a response to Chabris’ criticisms.

A couple of themes have arisen in discussions of the book. I want to summarize each of them because they all give some insights – not necessarily heartening ones – into how ideas currently get generated, commercialized, and consumed.

Gladwell is just writing what his audience wants to read. In this interview with the Guardian newspaper, Gladwell says, “If you’re in the business of translating ideas in the academic realm to a general audience, you have to simplify … If my books appear to a reader to be oversimplified, then you shouldn’t read them: you’re not the audience!” This perspective seems to be based on some rather demeaning assumptions about the capabilities of Gladwell’s “general audience” – and Gladwell reiterates these assumptions in another interview, when he says: “there are certain things that writers and critics prize…like coherence, consistency, neatness of argument. Readers are indifferent to those things.“ Leaving aside the somewhat artificial distinction between writers, critics, and readers, I would hope that most readers of anything are discerning and intelligent enough to want coherence and consistency in an author’s arguments.  I’m not sure why Gladwell feels that his readers’ supposed limitations justify the alleged weaknesses in his writing.

And simplification can be problematic if it results in mischaracterization. Gladwell says in his response to Chabris, “There is a place for storytelling, in all of its messiness.” But science is messy too. It’s very rare that one or a few studies provide a definite answer to anything; research creates knowledge through replication of results, and through multiple experiments that develop findings from earlier research. Portraying scientific exploration as a clean linear process culminating in a flawless and definitive conclusion is simply not an accurate portrayal of how things work. 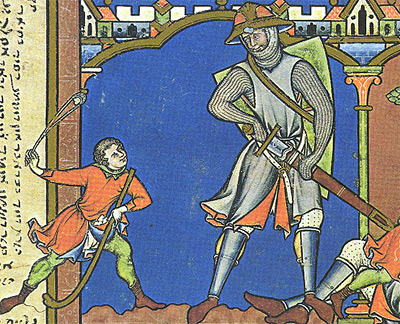 Gladwell is a great storyteller. I wouldn’t dispute this at all – his profile of entrepreneur Ron Popeil is a brilliant piece of writing that deservedly won a National Magazine Award, and frankly I wish he’d write more articles like this. But telling stories well also includes the responsibility to get the facts of the stories right – even more so when the story is presented as non-fiction.  It’s depressing to see praise for Gladwell’s storytelling that brushes off the problems with its accuracy. As journalist Paul Raeburn says in this blog post, “[I]f the point, the insight, isn’t supported by the evidence, then it doesn’t matter how good the story is.”

His critics are just jealous because he’s successful. Obviously I don’t know the motivations of all of Gladwell’s critics, but since most of them seem to have their own well-established careers and reputations,  this observation doesn’t have much credibility.

When Gladwell speaks, people listen – but not always carefully. Chabris and Seidenberg make this point quite clearly in their articles; Seidenberg is particularly vocal about the potential repercussions to dyslexics of their disability being characterized as “desirable”. And in my own academic discipline, I saw articles like this uncritically repeating Gladwell’s ideas spring up within a few days of David and Goliath’s publication. Of course Gladwell is not responsible for how people use or interpret his work once it’s been released – but since his previous books have all been best-sellers, he regularly gives speeches to major companies, and he appears on talk shows and at events like TED, he has to know that what he says and writes is going to be taken seriously and used as a basis for action. Hopefully, that would imply a greater responsibility to provide accurate and reliable information.

His books get people thinking and talking. This too is indisputable, and it’s clear that this is what Gladwell intends the books to do; he calls them “conversation starters”. And certainly anything that gets people thinking about an idea, or thinking about it in a different way, is a wonderful thing. But the danger is that the conversation will be less of  “what do you think about this idea” and more of “Malcolm Gladwell said this so it must be true” – a direction which, I have to say, I think Gladwell encourages by presenting ideas, like the “10,000 hour rule”, as easy-to-understand definitive answers in neat little boxes.

I’m looking forward to reading David and Goliath when the other 15 library users get through with it; I’m particularly interested in what Gladwell has to say about legitimacy, since that’s one of my own areas of research. But I’m also interested in seeing how the debate over the book evolves, and whether the criticisms have any lasting impact.

Malcolm Gladwell and His Critics, Round Two