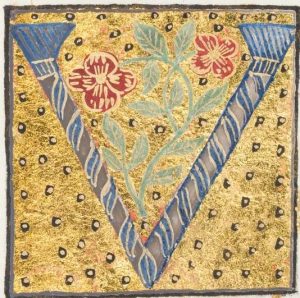 All About Work turned five years old on March 18. Usually I do a photo with my minikin to mark the blogiversary, but this year has been exceptionally busy – so in the meantime, I hope you enjoy this beautiful Roman numeral five from an Italian illuminated manuscript.

To date, the blog has had more than 148,000 views. The most-read posts of all time are: END_OF_DOCUMENT_TOKEN_TO_BE_REPLACED

An excellent investigation of Malcolm Gladwell‘s questionable use of uncredited secondary sources. Here’s some of my earlier posts on other problems with Gladwell’s work:

Who’s David, and Who’s Goliath?: Malcolm Gladwell and His Critics

Malcolm Gladwell and His Critics, Round Two

In the summer of 2012, just days before a certain columnist was found to have plagiarized from The New Yorker, a staff writer at the prominent magazine itself resigned in the wake of a widespread plagiarism scandal. The journalist, famous for pop-science works that generated scathing reviews, had been using unattributed quotations taken from other people’s interviews. He had copied-and-pasted from his peers. Generally, he had faked his credentials as an original researcher and thinker.

The New Yorker itself had a doozy on its hands. The scandal had tarred the magazine’s famed fact-checking department, despite claims that its procedure was “geared toward print, not the Web.” Editor-in-chief David Remnick was embarrassed. He’d initially kept the writer on board, distinguishing one bout of self-plagiarism from the more serious offense of “appropriating other people’s work.” Now, his magazine was losing a star that had been groomed as “Malcolm Gladwell 2.0.”

When we last heard about writer Jonah Lehrer – whose career self-destructed after his writing was found to have numerous instances of plagiarism and factual inaccuracies – he had been paid $20,000 to give a much-criticized speech about journalistic ethics. A few months after that, he was reported to be circulating a book proposal – which also allegedly included plagiarized content. Then….nothing.

And now, very quietly, he’s back.

At the end of March, END_OF_DOCUMENT_TOKEN_TO_BE_REPLACED

There is a misguided assumption in a lot of media reporting on research that correlation equals causation. Correlation is a statistical relationship between two variables – for example, amounts of social service funding and crime rates – that assumes that one variable has some degree of dependence on the other.  In other words, if one variable changes, there should be a change in the other variable if the two are correlated.

There is a problem with this assumption, however – END_OF_DOCUMENT_TOKEN_TO_BE_REPLACED

At last I got to the top of my public library’s waitlist for Malcolm Gladwell’s David and Goliath – so I finally had the chance this week to read the entire book.

The impression that I came away with was: this is not a good book.

It starts out promisingly by using the story of David and Goliath to introduce the idea of the triumph of the underdog. However, END_OF_DOCUMENT_TOKEN_TO_BE_REPLACED

Malcolm Gladwell’s promotional tour for his book David and Goliath is rolling along, but his responses to criticism aren’t getting any more persuasive.

When he appeared on CBS This Morning, he was asked about the contention that he  “cherry picks” from published research, and only discusses results that support his points. Here’s his answer: END_OF_DOCUMENT_TOKEN_TO_BE_REPLACED

Malcolm Gladwell’s new book David and Goliath is on both the New York Times bestseller list and the Amazon bestseller list – and since I’m number 15 on its waiting list at my local public library, there’s clearly an eager audience waiting to read it. However, the book has received some less than positive reviews, even from admitted Gladwell admirers, and has also been the subject of some harsh criticism. The most widely read critiques are probably this article by dyslexia expert Mark Seidenberg, contending that there are significant factual errors in the book’s discussion of dyslexia, and this article by psychologist Christopher Chabris challenging some of the book’s reasoning and research. Chabris’ article generated this response from Gladwell himself, which was unfortunately more of a personal attack on Chabris (and his wife) rather than a response to Chabris’ criticisms.

A couple of themes have arisen in discussions of the book. I want to END_OF_DOCUMENT_TOKEN_TO_BE_REPLACED

The “10,000 hour rule” – the idea that 10,000 hours of practice is the amount needed to excel in an activity, as described in Malcolm Gladwell’s 2008 book Outliers – has been getting more attention than usual recently. The attention is partly because of the release of Gladwell’s new book, David and Goliath, but it’s also because of the discussion of the rule in another new book –  The Sports Gene, by former Sports Illustrated senior writer David Epstein. In his investigation of what leads to outstanding athletic performance, Epstein points out some contradictions to Gladwell’s rule – for example, that athletes at the same level of competition can have very different amounts of practice time or playing experience, and that success in sports isn’t determined only by how much an athlete practices.

A few weeks ago, in this article in the New Yorker, Gladwell responded to Epstein and to other critics of the “10,000 hour rule”.  Since I’ve written a blog post about Gladwell’s misinterpretations of the research cited in Outliers in support of the rule, I was very interested in what Gladwell had to say. But it seems that the article is full of  END_OF_DOCUMENT_TOKEN_TO_BE_REPLACED

I’m currently reading a very interesting book entitled Selling the Dream: How Hockey Parents and Their Kids are Paying the Price for Our National Obsession. (The “our” is Canada, if you hadn’t already guessed that from the reference to hockey.) If nothing else, this book has made me, as a figure skater, realize that participating in hockey can be almost as expensive as participating in figure skating, especially when parents put their kids into all kinds of additional hockey training and coaching.

However, the part of the book that I found particularly fascinating was its comments on Malcolm Gladwell’s “10,000 hour rule”, which I have criticized in another post.  END_OF_DOCUMENT_TOKEN_TO_BE_REPLACED

Today marks the first birthday of All About Work. In one year, it’s received over 10,000 hits, and working on it has been a lot of fun for me.

The five posts that received the most hits during the year are: END_OF_DOCUMENT_TOKEN_TO_BE_REPLACED