An unexpected benefit of mask-wearing is being able to say things without being heard. That came in handy a few weeks ago at my local public library, when I uttered “what in the actual f***?” at the completely unexpected sight of a new Jonah Lehrer book.

As you might remember, Lehrer’s writing career derailed nearly 10 years ago when numerous instances of plagiarism and inaccuracy were uncovered in his books and magazine articles. Two of his books were withdrawn from sale by their publishers, and most of the publications he wrote for dropped him as a contributor and removed his discredited articles from their websites. Lehrer gave a controversial speech of apology and co-operated with author Jon Ronson for a chapter in Ronson’s book on public shaming, but since then his writing has mostly been seen on his own blog and in two books that slipped by without much notice.

Mystery, the new book, is indeed mysterious in that it seems to have sprung out of nowhere. I couldn’t find any online news about a new Lehrer book on the way, and there doesn’t seem to have been much advance promotion for the book. So, being intrigued by that additional layer of mystery, of course I read it.

I posted about Lehrer’s previous problems several times on this blog, including an analysis of his now-withdrawn book Imagine which became a featured post on WordPress and attracted thousands of readers. I don’t say this to be boastful, but to be forthright about the reality that I’m familiar with the controversial history of Lehrer’s writing – and that inevitably colours how I look at his current work. I didn’t deliberately go through Mystery looking for things to pick on, but I have to be truthful and say that there were several places where information in the book just didn’t read or feel right. When I encountered those places, I did additional research on the information that Lehrer presented.

I started the new year by interviewing author Lindsay Goldwert about her fascinating new book, Bow Down: Lessons from Dominatrixes on How to Get What You Want. You can read the interview here.

Reading one book right after another book can make you think differently about both books.

Caroline Criado Perez’ Invisible Women: Data Bias in a World Designed for Men and Chris Clearfield and András Tilcsik’s Meltdown: Why Our Systems Fail and What We Can Do about It are both very insightful. Invisible Women describes, through numerous and very depressing examples, how a world that pretends to be “gender neutral” is still a male world, because gender does matter.

When gender isn’t considered in system development or product design, or isn’t separated out in data collection, outputs that are supposed to serve everyone often don’t work for women. For example, first-responder safety gear designed for “average” (read=male) bodies can actually be dangerous for women to wear, because the components don’t fit correctly and thus aren’t as protective as they need to be.

Another of Criado Perez’ examples END_OF_DOCUMENT_TOKEN_TO_BE_REPLACED

People who aren’t familiar with professional wrestling often look at the characters that wrestlers play and criticize what they see as stereotypes that promote racism, sexism, and ableism. I agree with a lot of those criticisms, and former WWE performers have also told  disturbing stories of the company’s attitudes toward female and minority performers. So I was really interested in reading Life Is Short And So Am I by Dylan Postl, who wrestled in WWE from 2006 to 2016. Postl has a distinctive perspective on stereotypes in professional wrestling because he’s a midget (Postl says he’s fine with that term).

Professional wrestling has a long history of midget wrestlers, going back to END_OF_DOCUMENT_TOKEN_TO_BE_REPLACED

When I saw the description of David Weitzner’s book Fifteen Paths – “the work of a disillusioned business professor who gave up on old arguments and set out to learn about the power of imagination” – I knew this was a book I wanted to read. As the readers of this blog know, I am a business professor, and while I don’t think I would call myself “disillusioned”, I definitely have a lot of problems with the standard curriculum in business degree programs and with the negative effects of traditional business structures. ECW Press was kind enough to provide me with a review copy of the book, and I also had the opportunity to speak with David about how Fifteen Paths happened.

Fifteen Paths is an unusual business book. Unlike most business books, it doesn’t have END_OF_DOCUMENT_TOKEN_TO_BE_REPLACED

Professional wrestling is a fascinating industry. From my perspective as someone who does research on organizations, professional wrestling doesn’t work the way a successful industry is supposed to work, but it somehow manages to survive. There’s practices within the industry that are questionable – such as World Wrestling Entertainment’s classifying its “Superstars” as independent contractors rather than employees – and there’s things that happen in wrestling that shouldn’t happen in any kind of organization. And even though there’s a fair amount of regular turnover, as some wrestling companies close and others start up, and as wrestlers move from company to company, there always seems to be enough devoted fans for professional wrestling to keep on going.

As a kid, Al Snow was one of those devoted fans – and he went on to spend more than 35 years in the wrestling industry. I’m really happy that he’s written an autobiography, because I loved his work as a performer. However, Snow’s story is particularly intriguing, because END_OF_DOCUMENT_TOKEN_TO_BE_REPLACED

Questlove’s book Creative Quest is a fascinating read. It’s a book about creativity, but it’s not a “successful creative person tells you how to be like him” type of book. It’s written in a very conversational style, almost like Questlove is talking through his creative process as a way of trying to understand it himself. And unlike a lot of books about being creative, Creative Quest is presented in plain black and white – no photos, no coloured fonts, no decorations, and, apart from one small box of text at the end of each chapter, no sidebars jammed full of handy tips and tricks. I really appreciated this approach because it didn’t pull your attention in ten different directions at once. It made you focus on what was being discussed.

I don’t know Questlove’s work all that well – I’ll explain how I came to the book in a minute – but I was impressed at his wide range of interests. That he’s into so many different things may not be a surprise to someone who follows his career more closely than I do, but he knows and values a lot of different kinds of artistry. One of the creative ideas that works for him and that he suggests in the book is to push your boundaries: to seek out work that you usually avoid. If you like punk music, go END_OF_DOCUMENT_TOKEN_TO_BE_REPLACED

The genesis of Gemma Hartley’s new book Fed Up: Emotional Labor, Women, and the Way Forward was an essay she wrote for Harper’s Bazaar, titled “Women Aren’t Nags – We’re Just Fed Up”. The essay described her own experience of inequality in how she and her husband did, or didn’t do, housework – and the reaction to the essay showed that it wasn’t just her who was tired of doing everything. The essay went viral, and that led to the book.

Well, I’m fed up too, but not from doing emotional labour. I’m fed up with writers who grab a catchy-sounding term from social science research and misuse it for their own purposes. Hartley certainly isn’t the only author who’s done this, but what she calls “emotional labour” is clearly not what a substantial body of research says is “emotional labour”. That’s not only misleading to readers, but also insulting to the many researchers whose work has produced fascinating insights into this aspect of the workplace.

It’s telling that when Hartley mentions the first in-depth research investigation of emotional labour – Arlie Hochschild’s 1983 book The Managed Heart – she omits the book’s subtitle. The full title of the book is END_OF_DOCUMENT_TOKEN_TO_BE_REPLACED

I’m very pleased to announce that my summer project is complete! My new book, Song Book: 21 Songs from 10 Years (1964-74), will be released by New Haven Publishing on November 28. It can be purchased on Amazon UK, Barnes & Noble in the US, and Indigo in Canada, all of which which will ship worldwide.

I’ll be posting updates and news about the book on Facebook and on my other blog. There’s also a YouTube channel for the book, featuring playlists of the songs that are discussed in the book, along with a promotional video.

I hope you’ll check it out! 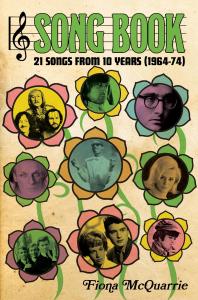 Thanks to my local public library, I recently had the opportunity to read Morra Aarons-Mele’s new book Hiding in the Bathroom: An Introvert’s Roadmap to Getting Out There (When You’d Rather Stay Home). As I’ve discussed on this blog previously, I’m not a fan of most popular-press career and business books, but the title of this one drew me in. It suggested vulnerability and something less than overwhelming self-confidence, and that’s far more representative of many people’s workplace reality than END_OF_DOCUMENT_TOKEN_TO_BE_REPLACED