The New Year has started off with new developments in the story of disgraced CBC Radio host Jian Ghomeshi. On January 5, the CBC announced that two of its executives – Chris Boyce, the executive director of CBC radio, and Todd Spencer, the “executive director of people and culture” for CBC’s English-language operations – had been placed “on leave until further notice”. Then on January 7, what was supposed to be a routine court appearance for Ghomeshi turned into something more, as three new criminal charges were laid against him – including one involving a former CBC employee.

Ghomeshi now faces seven charges of sexual assault and one charge of overcoming resistance by choking. He has pleaded not guilty to all eight counts, and his next court appearance is scheduled for early February.

When events like this involve a workplace, there’s always the issue of whether the organization responded appropriately to the behaviour in question. In most organizations, executive positions at Boyce and Spencer’s level have the ultimate responsibility for ensuring safety and respect in the workplace. But there might be many layers of responsibility and authority between that executive level and the level at which the unacceptable behaviour is taking place. So how accountable should executives be for workplace events which they might not have had direct control over?

To get some perspective on that question, I asked fellow blogger David Yamada for his insights. David hosts the blog Minding the Workplace, which often discusses issues around “dignity at work, workplace bullying, employment & labor law, and psychologically healthy work environments”. David is a professor in the law school at Suffolk University in Boston, and is the director of the New Workplace Institute at the school. He is also widely recognized as an expert on workplace bullying, and he wrote the model Healthy Workplace Bill which has become the basis for anti-workplace bullying laws in several American states. David and I conducted this discussion by email.

Fiona: Executives in charge of human resources and related functions are theoretically responsible for maintaining safe and respectful workplace cultures in their organizations. But realistically they have a lot of functions to manage. Speaking generally, to what extent should executives at that level should be held accountable for what goes on at lower levels of the organization? And what means, in your experience, are the most effective ways to hold them accountable?

On internal accountability, to what degree does “the buck stop here” in terms of executive responsibility for lower-level actions? On the surface, it may seem potentially unfair to hold senior executives accountable for a single event that occurs at a lower operational level. However, what if senior executives stoked the very organizational culture that enabled or validated some form of mistreatment? Furthermore, what if senior executives made poor hiring decisions of mid-level managers? And what if similar situations have been enabled by those conscious decisions? If that’s the case, then accountability should run up the chain.

On the legal end, it really depends on the specific, applicable laws and regulations. And here we’re usually talking about organizational, not individual executive, exposure. If a law applies a “knew or should have known” standard, for example, then the inquiry will boil down to whether management was aware of the situation or should’ve been so. 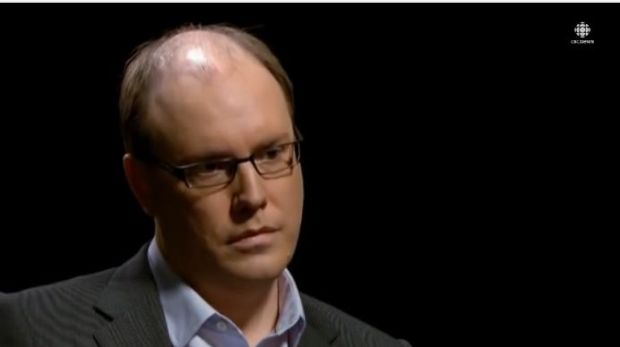 Fiona: The CBC is a unionized workplace. One employee who alleged that she was harassed by Ghomeshi said that both her union (the same union that represents Ghomeshi) and her immediate supervisor discouraged her from making a formal complaint. In a situation like that, it’s possible that executives might think the problem has been addressed, or not even be aware that a problem exists. What do you see as the responsibility at the executive level in those circumstances?

David: Especially because this is about legally actionable harassment, executives have a heightened responsibility to ensure that things are handled correctly, for liability reasons and for the sake of the organization.

However, if a victim or target of harassment opts not to go forward (either by affirmative choice or subtle/not-so-subtle pressures), then the question of senior-level responsibility for that individual situation is more clouded. It may go back to that issue of meta-level accountability for creating an organizational culture & structure that enables harassment to occur in the first place.

Fiona: Q, the radio show that Ghomeshi hosted, broadcasts for an hour each day, five days a week, in addition to producing a TV show, podcasts and a blog. Obviously this amount of productivity would demand a lot of the show’s staff, and this was alluded to in the “Red Sky” memo that six staffers submitted to the show’s management in 2012. How can executives effectively ensure respectful and harassment-free cultures in these kind of high-pressure, high-demand work situations?

That said, your question assumes “high-pressure, high-demand work situations.” Who is exerting that pressure, and who is making those demands? Perhaps the nature of the business – in this case, broadcast media — carries inherent, built-in competitive pressures. But if those pressures and demands are excessive due in part to senior management, then we know who is fanning the flames. Furthermore, an inherently challenging work setting should never be an excuse for behaviors that cross into the realm of interpersonal abuse.

Fiona: In November 2014, Chris Boyce appeared on the CBC television show The Fifth Estate to discuss the Ghomeshi situation. Boyce was asked why the CBC did not act sooner when it was made aware of Ghomeshi allegedly assaulting women, and his response was “I’m not the police”. As we know, sometimes workplace harassment and bullying involves actions that could be the basis for criminal charges. How should executives handle such situations when there are also legal/criminal issues involved?

David: Sound protocols for handing complaints and reports of liability-related misconduct should already be in place, so when a situation arises, they can be followed faithfully. Typically, this would include involving HR and counsel’s office, and — when necessary — working with regulatory and law enforcement authorities.

Fiona: The CBC has announced that it has ordered an internal investigation of the Ghomeshi situation. This investigation is being conducted by a external third party, and it is already being criticized by the union representing CBC workers for allegedly not offering adequate protection to interviewees. In your experience, how effective are these kinds of investigations, and what are the characteristics of the most effective ones?

David: Suffice it to say that “it all depends”!!! If a third-party investigator is given sufficient fact-finding authority with assurances of transparency, and if witnesses and others believe they can trust the process and not fear retaliation, then a reliable set of findings may ensue. However, if the organizational culture is already imbued with fear, and factual discovery is limited, then even the most dogged, stand-up investigator may not be able to get to the bottom of things.

Many thanks to David for participating in this discussion, and for his valuable perspectives.