Margaret Wente, a columnist for the Globe and Mail newspaper, isn’t known for having insightful or original perspectives on issues. Earlier this year, it was discovered that some of her columns were truly unoriginal – that is, they contained unattributed material taken from other sources. But the topics of Wente’s columns also tend to be recycled, and two weeks ago she returned to one of her favourite topics: the silliness of some academic research.

Since I’ve written about Wente’s attacks on academics before, I recognize that I’m also recycling topics by devoting a blog post to her latest anti-academic screed. But Wente’s reasoning and analyses in this column are so appallingly weak that they deserve to be called out.

Wente’s column starts by insulting a research paper entitled “The Perilous Whiteness of Pumpkins”. (Full disclosure: while I’ve never met her or worked with her, the lead author of the paper currently has a joint appointment at a research institution at my university.) The paper pulls together several types of symbolism associated with pumpkins, with the “whiteness” referring to what the authors call the “racial politics” involved with some of that symbolism. For example, after the controversial police shootings of black men in Ferguson, Missouri, protestors brought white pumpkins to rallies against the shootings – because, around the same time, white rioters at a New Hampshire pumpkin festival caused significant property damage and multiple arrests, but were characterized merely as “mischievous college students”.

Wente’s criticisms of the pumpkin paper seem remarkably similar in content and tone to this blog commentary published a few days before her column. Nevertheless, Wente proceeds to use the paper as a launching point for a criticism of “the absurdity of what passes for scholarly research”, especially that which is “relentlessly determined to deny the most basic facts about biology, human nature, sex differences and the sizable influence of genetics in our lives”.  In addition to the pumpkin paper, she cites four other pieces of published research as proof that “critical thinking has gone out the door”.

It might be too much to expect Wente to accurately describe the terminology she rants against, e.g. to understand that “gendered” is not the same thing as “sexist”. It might also be too much to expect her to look beyond the titles and summaries of these papers. The paper contending that skiing is “masculinized” bases that contention on analyses of wording used in ads for ski resorts and in ski magazines, and on interviews with 45 skiers; the idea isn’t just something that the researcher made up. The paper also acknowledges that not all of the interviewees agreed that skiing might be characterized as “masculine”. (Interestingly, given the timing of Wente’s column, the paper in question was published in 2010 but somehow came to be featured on two right-wing news sites in August this year.) 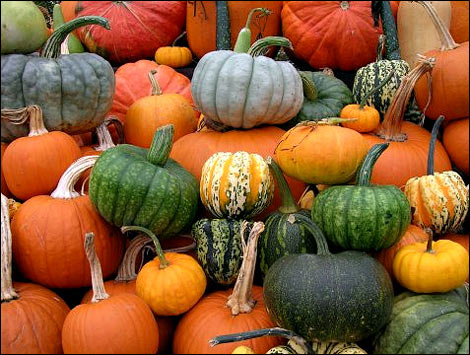 But, beyond the disregard for the source material, what’s really offensive about Wente’s column is embodied in this sarcastic statement: “Science that built on the foundations of masculine rationality and abstract logic can’t possibly reflect the experience of women and minorities.” Why is this something to snark about? It’s true. And that is why exactly why research questioning the dominant logic is so important.

Without the questioning of implicit gender- and race-based assumptions, we wouldn’t know, for example, that the “classic” definitions of heart disease are based on research conducted primarily on men, and that women’s symptoms of heart attacks and heart disease are different. We wouldn’t know that men and women in some occupations experience job satisfaction in different ways, and that they feel differently about their work even when doing the same job. And we wouldn’t know that non-white job applicants tend to get more callbacks from employers if they “Anglicize” their names, even if their qualifications don’t change.

These findings are incredibly valuable information for major influencers in society: employers and medical professionals. Yet if we pretended that race and gender don’t matter, as Wente seems to suggest, none of this information would have been discovered. When researchers think about race or gender in situations where race or gender don’t seem important, or shouldn’t be important, that can lead to discovering that race or gender actually are important – and that they can affect what happens in very significant ways.

So here’s a suggestion. If someone like Wente wants to be taken seriously when they attack academic research for questionable reasoning and for inflating nothing into something – maybe they shouldn’t do the same thing they’re criticizing. Five research articles out of approximately two and a half million articles published each year do not prove that “vast tracts of the social sciences have gone insane”. There is also no proof that researching the effects of race and gender leads to the belief that “the only way to respond to people who claim victim status is to grant them special privilege”. And it’s completely irrational to extrapolate that “belief” into being the cause of the alleged “pronoun rights movement” – also known as respecting someone by using their preferred pronoun.

In the words of a couple of wise men from several thousand years ago: physician, heal thyself.