A lot of recent discussion about the labour force in Canada and elsewhere has focused on the “skills gap” – the alleged mismatch between workers’ skills and the abilities that employers need. One reason for the alleged gap is “digital disruption” – the automation or digitization of job tasks – which is changing how some jobs are done and thus changing the skills needed to successfully perform those jobs. These changes are so rapid that workers’ skills may quickly become outdated. Along similar lines, the Royal Bank of Canada recently released a report calling for post-secondary institutions to improve their graduates’ “human skills”, so as to better equip them for the parts of their future jobs that will involve working with people rather than with computers.

The narrative around the “skills gap” has mostly been controlled by employers and by the business community, and the business media have, generally, uncritically bought into the narrative. But the narrative is misleading in how it portrays the problem. It ignores evidence that suggests there isn’t a “skills gap”, such as low unemployment rates. It also focuses on employers, not employees, as the group whose needs must be met.

A recent survey by the Conference Board of Canada indicated that Canadian employers have increased  spending on training for their own employees in the past ten years ; however, that finding should be viewed in the context of earlier research by the same organization, which indicated that employer spending on employee training decreased by nearly 40% in the previous two decades. The burden of training employees is increasingly shifting to post-secondary institutions; I’ve written an earlier post on why this is problematic, since publicly-funded universities and colleges are not intended to serve only as training facilities for the private sector. 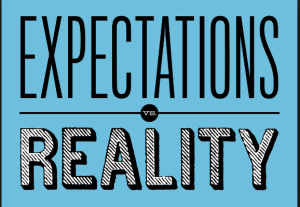 It’s also worth remembering that unfilled jobs may indicate something other than a mismatch between workers’ skills and employers’ needs. A worker may turn down a job not because they lack the skills to perform the tasks, but because the employer’s offer is inadequate. A potential employee’s decision to take a job encompasses multiple factors: for example, the workload, the working hours, the rate of pay, and the location of the workplace. At the same time that the “skills gap” has allegedly developed, increasing numbers of jobs in Canada are in the form of  “precarious” work: part-time, temporary, contract, and other forms of non-permanent jobs. An honest examination of the “skills gap” also needs to examine the possibility that employers are not attracting or keeping skilled employees because employees do not want jobs whose conditions don’t meet their needs.

This shift in types of jobs has also been presented in a narrative that favours employers – by emphasizing the theme of workers’ desire for “flexibility” and not looking at the downsides for employees of allegedly flexible work. Workers taking non-permanent jobs is not necessarily an indication that these are the type of work arrangements that workers want. If non-permanent jobs are all that is available, workers will take those kinds of jobs if they need to be employed. A truth about “flexible work” that’s also usually missing from the narrative is that employers have a vested interest in promoting it, because it reduces staffing costs. Employers offer non-permanent work arrangements because these often don’t require paying wages or benefits comparable to those in permanent or full-time jobs. Flexible work arrangements lets employers adjust the size of their workforce as needed, with minimal consideration to the impact of those adjustments on their employees.

Employers operate in competitive markets, and in those markets one indicator that’s interpreted as a sign of a company’s economic health is growth. But organizations are putting themselves at risk if they expand over-ambitiously, and plan initiatives or changes based on skills that employees might have in the future – but don’t have right now. Employers need to be realistic about what the workforce is capable of, and also about their own ability to attract workers with the needed skills. Employers also need to think not just about hiring, but also about retention – about keeping employees once they are hired. That may require additional attention to long-term opportunities and conditions for employees in the company.

I’m still not convinced that an actual “skills gap” exists. But if it does, addressing it in a meaningful way means looking at it from all perspectives, and to discard the narrative that frames it as employees’ shortcomings. Employers can help close the gap by being more proactive about ensuring adequate training for their own workforce, and by creating jobs that may make skilled employees more likely to join them and to stay with them. Understanding what might truly be causing a “skills gap”, and addressing its real causes, is something that needs to happen.