Around this time of the academic year, the enthusiasm of last September has been almost completely exhausted. Deadlines for big class projects are fast approaching, everyone is sniffling with a cold or has gigantic lack-of-sleep circles under their eyes (or both), crankiness is running rampant, and the end of the semester seems a looooong way away. So maybe that’s why my eye was caught this past week by two different discussions of academic bad behavior.

Over on The Contemplative Mammoth, Jacquelyn Gill called out a poster on an email list for making disparaging remarks about hiring female PhD graduates for academic jobs; the poster (a woman) claimed that young job applicants, “especially female[s]”, “don’t bring much to the table”. The responses to Jacquelyn’s critique recounted many similar experiences of being insulted or stereotyped, and wondered why some academics seem to think they can get away with this sort of  inappropriate behaviour.

Then, through the Inside Higher Ed website, I found out about a post provocatively titled Academic Assholes and the Culture of Niceness. Inger Mewburn, a/k/a The Thesis Whisperer, described a discussion with some of her colleagues – inspired by Bob Sutton‘s excellent book The No Asshole Rule – about the bad behaviour in many academic workplaces, how it seems to get perpetuated despite its unpleasantness, and what could be done to counteract it. The responses to Inger’s post included many stories of bad behaviour similar to those experienced by Inger and her colleagues.

It should be no secret to anyone reading this blog that I love my job, and that I enjoy working in an academic environment. But while I was reading these two posts and the many responses to both of them, I was nodding my head in recognition. Because I have seen this behaviour too – way more often than I would like to have seen it – and it’s really depressing to recognize how widespread it is. Here’s just a few examples of academics behaving badly:

What’s more sobering, though, is that’s not just academics writing on blogs who have had these experiences, or academics in my own discipline. I have fairly diverse research interests, so I get to interact with academics involved in many different types of research. I can’t think of a single academic discipline I’ve encountered where I haven’t heard about these kinds of behaviours. And from participating in committees within and across different post-secondary institutions, I have heard stories of behaviour that was so inappropriate – sometimes not just inappropriate, but also illegal – that it would absolutely make your hair curl.

Jacquelyn and Inger both outlined a couple of reasons why bad behaviour might be more prevalent, or at least more obvious, in academic workplaces.

All of these factors don’t excuse bad behaviour like bullying or petty politics, but they certainly don’t do anything to discourage it either. We might laugh really hard at The Big Bang Theory when Dr. Sheldon Cooper makes his research assistant get his ice cream sundae for him….but this isn’t too far off from some of the real-life stories I’ve heard. And when getting recommendations for jobs, or opportunities to participate in research, might depend on accepting that sort of mistreatment, it isn’t really that funny. 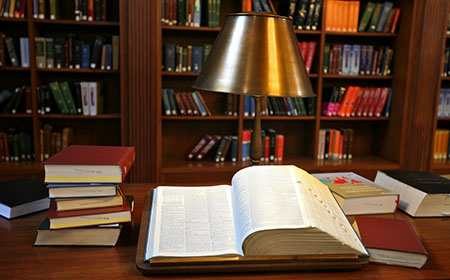 Someone might leave an academic job if they can’t tolerate their colleagues’ bad behaviour. (credit: http://www.flickr.com/photos/proimos/5914169915/)

A noticeable number of responses to both Jacquelyn’s and Inger’s posts were from people who loved academic work and the research they were doing – but they quit, because they were fed up with the ridiculousness of their colleagues’ behaviour, and the lack of any organizational will to crack down on it. This, to me, is one of the saddest parts of these discussions. Bob Sutton’s book makes a very convincing case for “no assholes” in organizations by calculating examples of how much, in dollars, it could end up costing an organization to keep an employee who acts like an asshole. The costs he describes include:

What would this costing model look like if we applied it to someone leaving an academic job because of their colleague’s or colleagues’ bad behaviour? In addition to the operational costs that Sutton describes, there could also be:

Bad behaviour in academia is unnecessary and damaging. But when, in many places, the costs associated with supporting post-secondary education are being challenged, maybe we should be framing academic bad behaviour in hard financial terms. Figuring out just how much bad academic behaviour is costing individuals, institutions, and the post-secondary system as a whole might generate some serious impetus for change.